Today I decided to play around with PIL a bit, working on a python eye. See the results.

Today I decided to play around with PIL a bit, working on a python eye. Basic concept is to take an input image, push it through the eye, and output what the eye sees. At present I’ve only got a rough version working, and it doesn’t yet handle proper blending, but if the itch stays around I may work on it some more. For now here’s the output on a test image (found via Flickr’s Creative Commons search):

The original image (under a CC-attribution license), it’s by Flickr user auntielaurie: 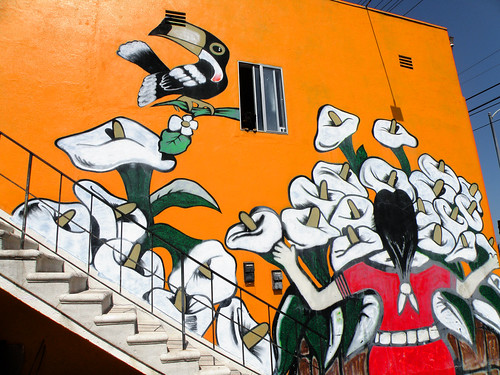 Like I say, it’s nothing special right now. It doesn’t even send duplicative/overlapped data to multiple neurons so that they can properly compute excitation/attenuation. And the color/intensity processing are just very rudimentary. And it’s not even threaded. And so on.